This is the environment of Ministry today

In the past There seemed to be a Christian. World view held by most people in this country

Not necessary believers but had a conscience and respect for God

This makes it more difficult to share the gospel with such a plethora of beliefs compounded by living in a wealthy society. There is nothing wrong with wealth, in fact it is a much more comfortable lifestyle and I believe God has no problem with it either, and in Luke he chastises people for not building on what they have

Tonight I will go through 3 parables Jesus gave us in Luke, to amplify what he felt about the gaining and use of wealth

The parable of the 10 minors

“A man of noble birth went to a distant country to have himself appointed king and then to return. So he called ten of his servants and gave them ten minas. ‘Put this money to work,’ he said, ‘until I come back.’ “But his subjects hated him and sent a delegation after him to say, ‘We don’t want this man to be our king.’ “He was made king, however, and returned home. Then he sent for the servants to whom he had given the money, in order to find out what they had gained with it. “The first one came and said, ‘Sir, your mina has earned ten more.’ “ ‘Well done, my good servant!’ his master replied. ‘Because you have been trustworthy in a very small matter, take charge of ten cities.’ “The second came and said, ‘Sir, your mina has earned five more.’ “His master answered, ‘You take charge of five cities.’ “Then another servant came and said, ‘Sir, here is your mina; I have kept it laid away in a piece of cloth. I was afraid of you, because you are a hard man. You take out what you did not put in and reap what you did not sow.’ “His master replied, ‘I will judge you by your own words, you wicked servant! You knew, did you, that I am a hard man, taking out what I did not put in, and reaping what I did not sow? Why then didn’t you put my money on deposit, so that when I came back, I could have collected it with interest?’ “Then he said to those standing by, ‘Take his mina away from him and give it to the one who has ten minas.’ “ ‘Sir,’ they said, ‘he already has ten!’ “He replied, ‘I tell you that to everyone who has, more will be given, but as for the one who has nothing, even what they have will be taken away.”

“But those enemies of mine who did not want me to be king over them—bring them here and kill them in front of me.’ ””

this scripture has 2 stories weaved through it,one of the temporal world, using what God has given you as well as a warning

Don’t waste your wealth, but build on it

The ground of a certain rich man yielded an abundant harvest, he thought to himself, what shall I do, I have no place to store my crops, then he said , this is what I will do . I will tear down my barns build bigger ones and there I will store my surplus grain .

This is how it will be with those who stores up things for themselves BUT is not rich towards God.

Don’t just build wealth for yourself

So I began to see this was all meaningless as did Solomon before me. The actor Jim Carey is quoted as saying “ I wish that everyone would gain wealth so that they could experience that it is not the answer”

Over the last 35 years I have seen property prices , share prices , business’,Superannuation all if these Assets go up and down, So putting our faith in these things alone is foolishness because due to your decisions or market timing you may end up with nothing after working your whole life to achieve something

However we do need to be wise with what God has given us, and use it to the best of our abilities. But not put our faith only in all this stuff.

. Only put your faith in God alone., in good times and in bad.

I then heard a message only preached once about the shrewd manager.

Sometimes called the “ Dishonest manager” that really confused me

At first I couldn’t understand because he was a crook and God said how cleaver he was.

“Jesus told his disciples: “There was a rich man whose manager was accused of wasting his possessions.”“So he called him in and asked him, ‘What is this I hear about you? Give an account of your management, because you cannot be manager any longer.’ “The manager said to himself, ‘What shall I do now? My master is taking away my job. I’m not strong enough to dig, and I’m ashamed to beg— I know what I’ll do so that, when I lose my job here, people will welcome me into their houses.’ “So he called in each one of his master’s debtors. He asked the first, ‘How much do you owe my master?’ “ ‘Nine hundred gallons of olive oil,’ he replied. “The manager told him, ‘Take your bill, sit down quickly, and make it four hundred and fifty.’ “Then he asked the second, ‘And how much do you owe?’ “ ‘A thousand bushels of wheat,’ he replied. “He told him, ‘Take your bill and make it eight hundred.’ “The master commended the dishonest manager because he had acted shrewdly. For the people of this world are more shrewd in dealing with their own kind than are the people of the light.

I tell you, use worldly wealth to gain friends for yourselves, so that when it is gone, you will be welcomed into eternal dwellings. “Whoever can be trusted with very little can also be trusted with much, and whoever is dishonest with very little will also be dishonest with much. So if you have not been trustworthy in handling worldly wealth, who will trust you with true riches? And if you have not been trustworthy with someone else’s property, who will give you property of your own? “No one can serve two masters. Either you will hate the one and love the other, or you will be devoted to the one and despise the other. You cannot serve both God and money.””

The master commended the dishonest manager because he acted shrewdly. For the people of this world are more shrewd in dealing with their own kind than the people of the light.

Then I got it after some prayer, and wrestling with God for 2 years.what he is saying is ,be wise with unrighteous mammon , STUFF, that’s here today and gone tomorrow.

Not that we are crooks OR that we do crooked things ,

BUT everything that is not of GOD is just mammon ( worldly wealth ). That took me a while to work out.

Also don’t just listen to the last sentence either, I have heard too many sermons incorrectly preached by people who have no worldly wealth. By giving everything away

, “No one can serve two masters. Either you will hate the one and love the other, or you will be devoted to the one and despise the other. You cannot serve both God and money.””

You are better using this wealth NOW to help other people and point the way to heaven and share the love of Jesus Christ NOW through generosity than storing it up for yourself.

However,I f you give it all away now, then you will be relying on other people to give to you, you are better to give from the abundance that God has given you also being wise for your needs for the future

Give generously as the Bible says cheerfully, for the building of the kingdom

Don’t get me wrong, we all need money to live and especially save for your future when you can’t work, I have seen a lot of people earn a lot of money in their lives but when they are old they have nothing to show for it, and that is very sad because their standard of living decreases considerably BUT use everything GOD has blessed you with for his glory, no matter how small or large that is

I mean in your time talents and treasury.

Everyone knows I love houses, cars , motorbikes and boats. I see nothing wrong with these things and I don’t believe God does either, as I see him as an ABUNDANT GOD and Cherie and I get so much pleasure sharing these with other people and doing life enjoying them together

By Being intentional with the vision he has given us

There are 2 types of assets that you have

Let me demonstrate, by using this graph

I look at Reedy youth and although you may not have a lot of investment capital , you give a lot of your human capital in the preparing and presenting this church, look around this and see , who has put it all together , mostly by the youth

You may know that the bulk of giving of offerings to the church is usually done by older people, why, because they usually have more investment capital

Nick is a client of mine who retired around 4-5 years ago from being one of the head Pediatric Doctors for Qld Health, Nick and his doctor wife Fay, are very financially comfortable , they could have moved to Caloundra where I know they want to live in retirement and buy their lovely retirement property

However God called them both to Kyrgerstan as there is an abnormally high amount of infant cerebral palsy, so they moved their , living in Meager surroundings for 4 years witnessing the truth of our savior Jesus Christ though assisting the people and putting programs into the hospitals with such success that their government and United Nations have recognised their work and giving them some resources to build on it

This is an example of the outworking of the 3 parables of Jesus that Luke wrote about.

One day Nick and Fay will return home and have their lovely home at Caloundra , but for now they are doing what God equipped them for and that they have been well paid to do over many years 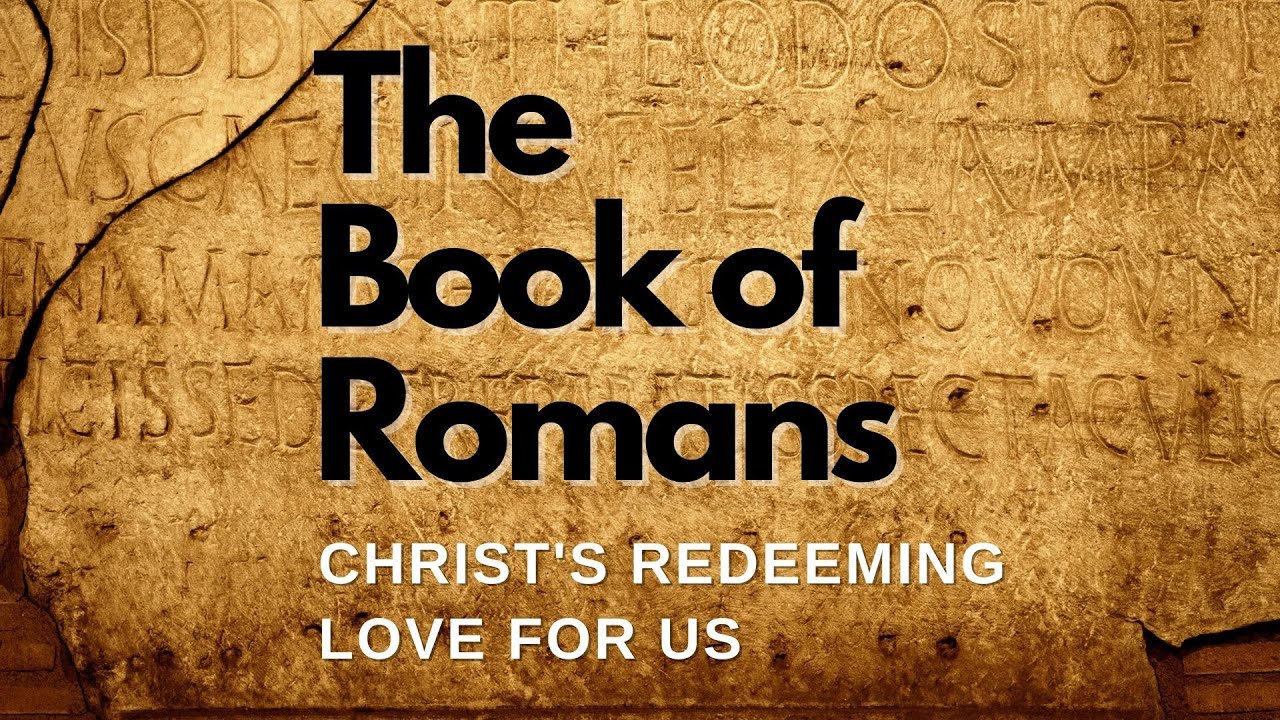 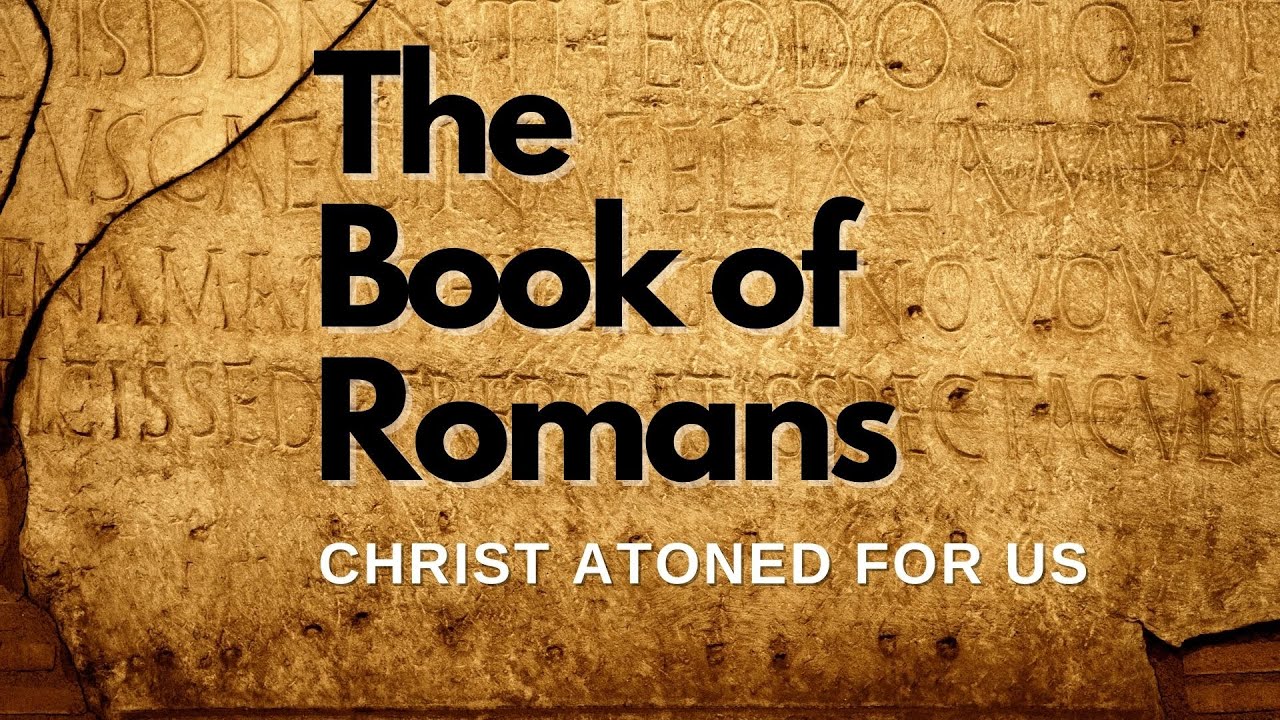 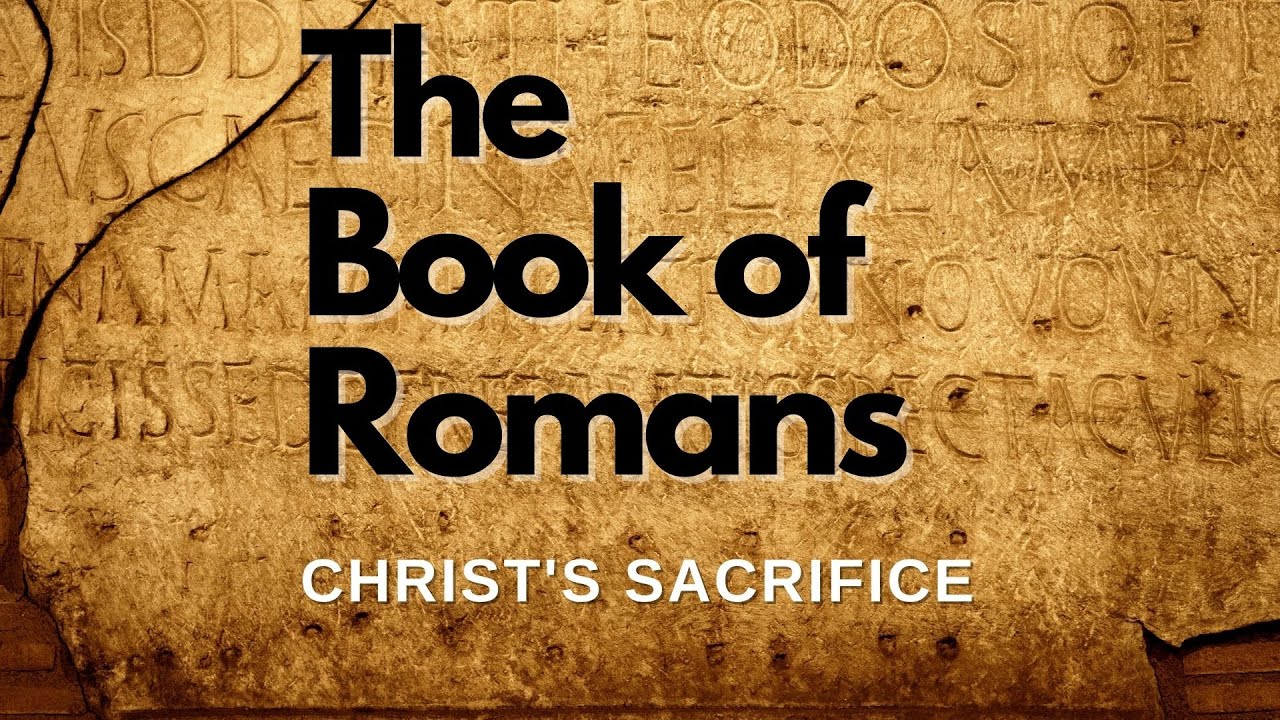 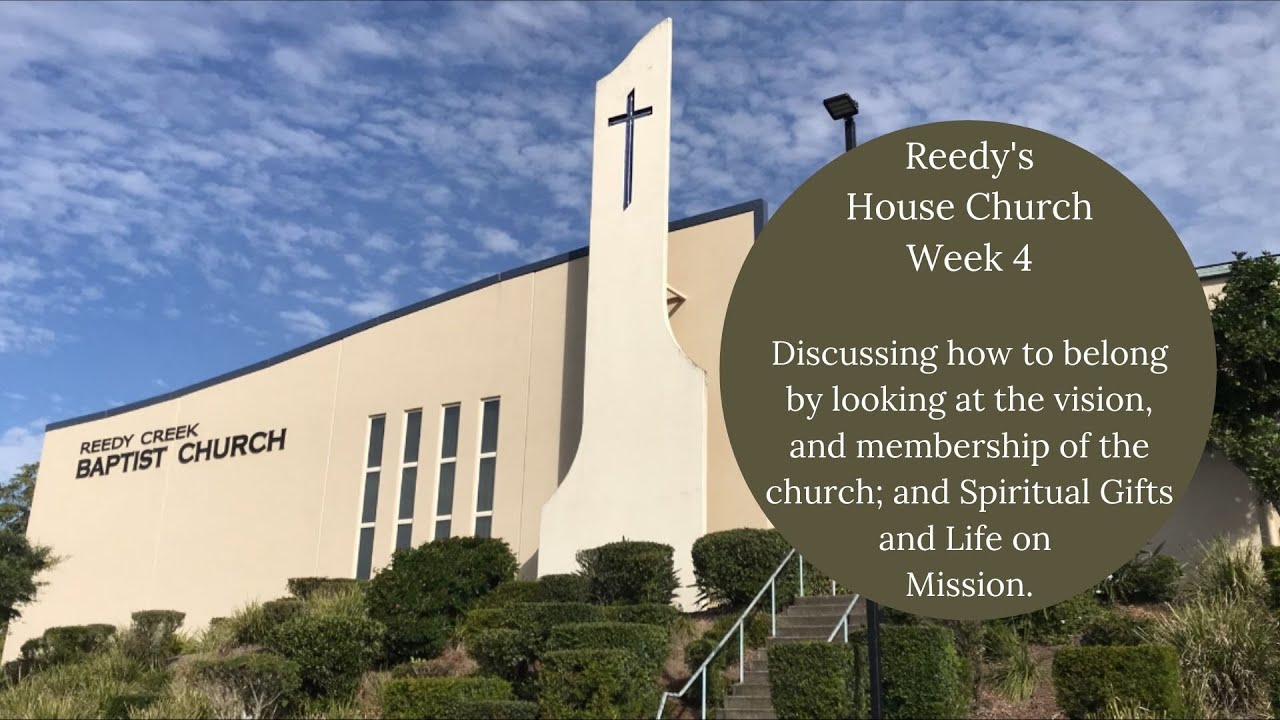 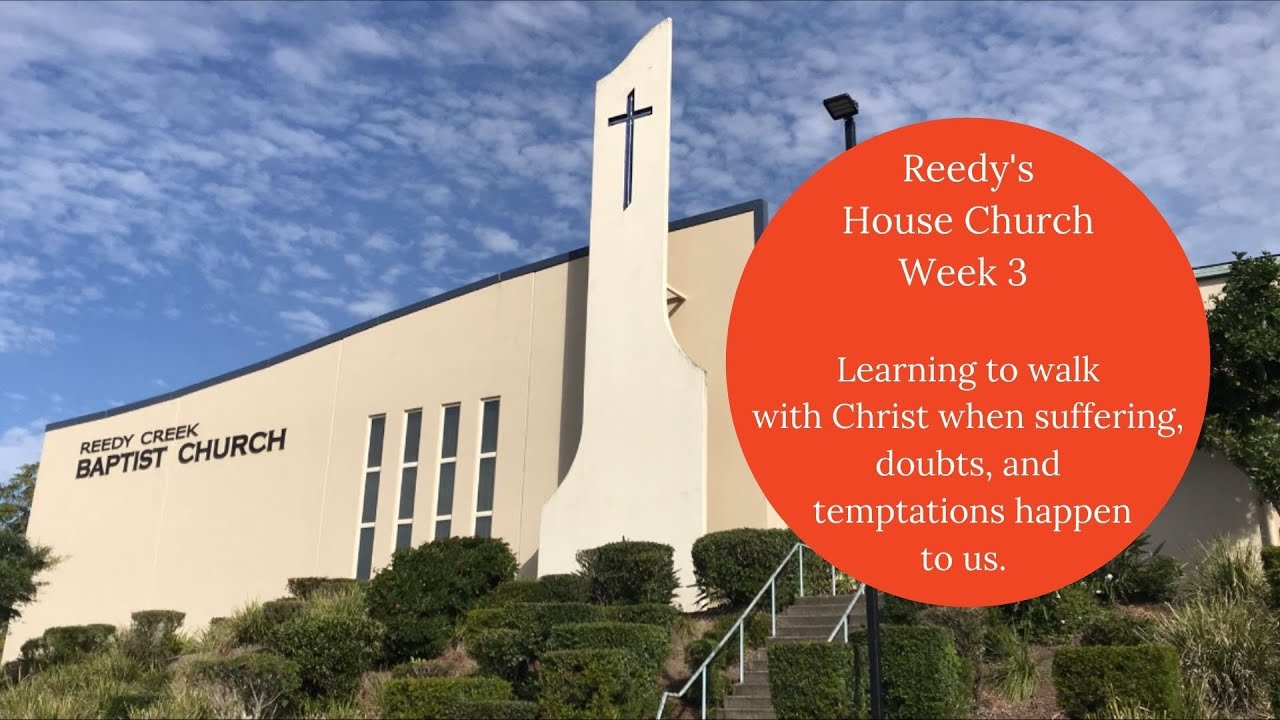 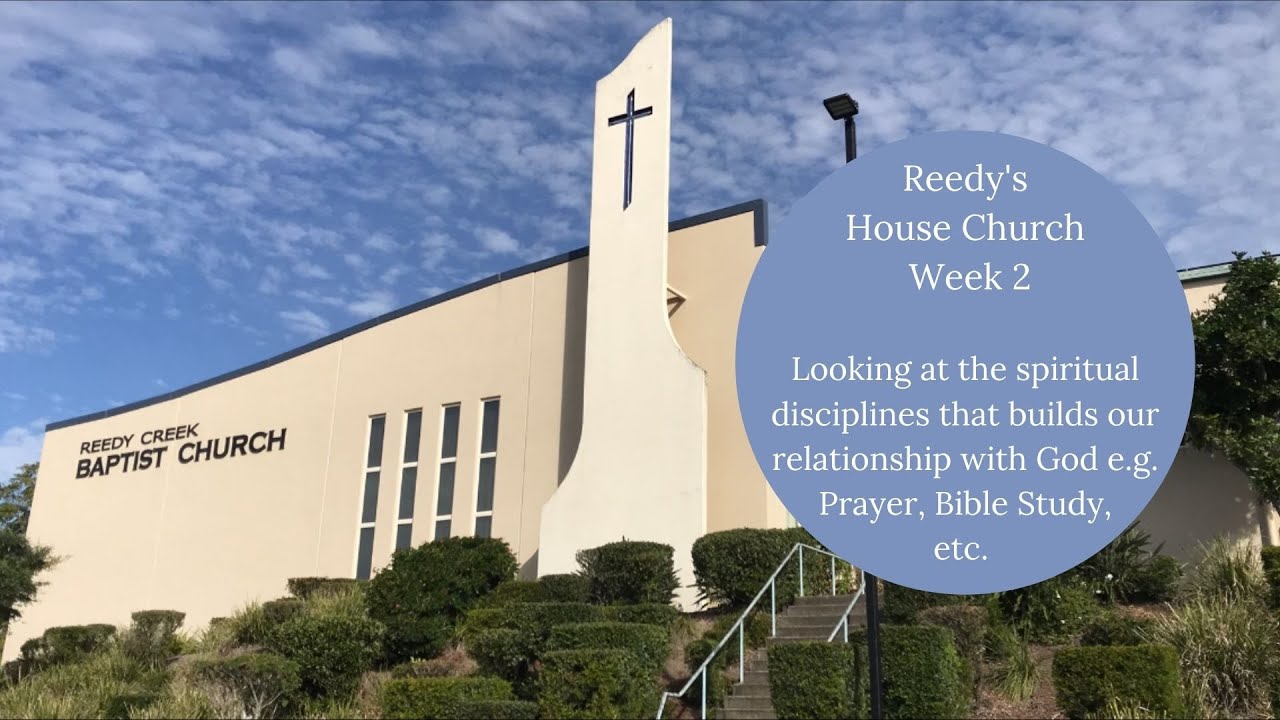